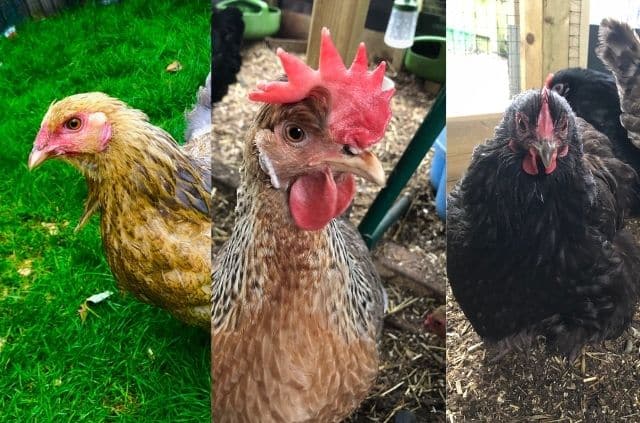 I have recently been involved in an intriguing discussion regarding the types of comb that are allowed within different breeds.

The debate centred around the question. “How many breeds are standardised in this country to be exhibited with more than one type of comb?”

The first breed to come to my mind is the Rhode Island Red. Our family have been associated with the breed since the 1920s. They were one of my grandfathers favourite breeds and have existed in both single and rosecomb versions for many years.

The first RIR birds to be standardised were rosecombs. It is recorded that they were bred from Black/Red coloured Malay or Aseel cocks. Further research confirmed they arrived in the USA via the old Clipper Ships. In those days live poultry were often carried aboard the ships where they provided a supply of either meat or eggs. They could live on the kitchen waste and whilst alive avoided the problem of having to keep meat in salt tubs for it to remain edible.

Rosecombs were first standardised as ‘American Reds’ and in 1905 the single-comb was approved as the Rhode Island Red. In 1906 they were then both officially called Rhode Island Reds.

The first birds came to Britain via 36 eggs brought over by a Sidney Risden in 1903. For different reasons the resulting 25 chicks were almost lost forever. Eventually they and their progeny were finally accepted by the English breeders. As a result the British Rhode Island Red Club was formed in 1909. Such was their popularity their success is firmly embedded in Poultry history.

Mediterranean breeds are probably the ones which most fanciers will quickly remember as having both types of comb.

Anconas have scheduled classes in both the Large Fowl and Miniature for single and rosecombs versions at their club shows.

It has been common procedure during the last few centuries to use a cross with an Aseel type of Game Fowl. Consequently it is quite common for Old English Game breeders to hatch a few chicks displaying a ‘Pea Comb’. These birds were alright to use as breeders but could not be exhibited.

In an early edition of Fancy Fowl, Owen Dickey wrote about his favourite ‘Irish Game’ which have been bred there for centuries. He commented that it was quite common for Pea Combed birds to be reared.

In 2005 Owen published a wonderful book called The Game Fowl Colour Guide. He describes all the colours within Game Fowl and supported them with some beautiful photographs. Right at the beginning of the book there is the photograph of a painting by J H Moore of ‘The Guv’nor’. He was a first cross between an Asil and an Irish Game, and he looks fantastic.

An Australian, James Bishop wrote an excellent book called; A Game Fanciers Short Handbook. One of the chapters gives the description of their Australian Pit Game. These birds are not to be confused with the much larger and more Shamo type Australian Game.

These birds are standardised as being single combed. They are also though standardised in many of the States with a pea or triple combed as a variation. It will be interesting to observe what, if any, influence the acceptance of pea combs eventually has amongst the Old English Game birds in Great Britain.