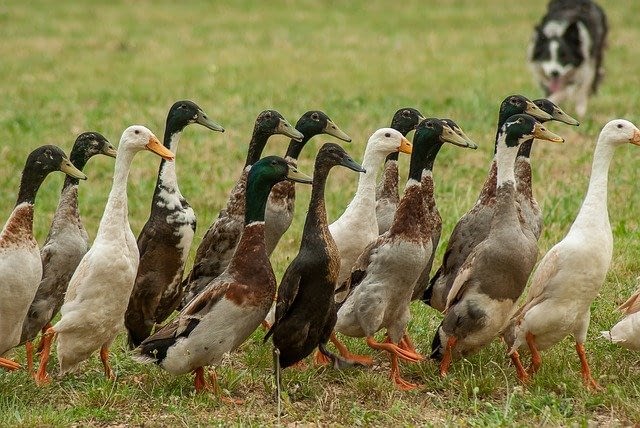 Have you ever thought about keeping ducks for either the pleasure or amusement of having them running around the garden or even just for their egg laying capability? If so, then the Indian Runner Duck would be an ideal contender as an addition to your flock of birds.

Reginald Appleyard said ‘the Runner is without a doubt the Gamefowl of the duck world – with its clean cut outline, short sharp feathering, elegant carriage and graceful movements. On the other hand, when bred for eggs, not forgetting type, it is certainly the Leghorn of the duck family – a really wonderful layer’.

The origins are believed to be from Malaya & China and brought in over 130 years ago. The first Runners were shown at Kendal in 1897 and are still a very good contender for Champion Waterfowl or indeed overall Show Champion. In eggs laying trials they challenged for top honours with not just the quantity, but also their quality and impressive size of egg.

They are a very comical looking bird with their upright bodies that look like wine bottles and as a breed are very nervous, but with regular handling can become very tame. My father hand reared a Fawn female and she would always come to the front of the showpen to greet you and show herself off, which was very good at judging time.

An old dog kennel is great as a duck house and an old kiddie’s sandpit or bath is ideal for water to allow them to drink and bathe by putting their heads and necks in to wash themselves, however, if you have a small pond it is even better.

A few years ago I bred from a trio of White Runners and they started laying at the end of January through to June and produced nearly 13 eggs every week from the two females, so there was plenty of eggs to sit and even more to eat as they proved to be very fertile and I wanted to breed a maximum of 50 ducklings.

So if you are looking for a new variety to give you hours of pleasure and an extra egg or two for your breakfast or baking, you could do a lot worse than embrace the Indian Runner.

More information on breeders and club news can be obtained by contacting;